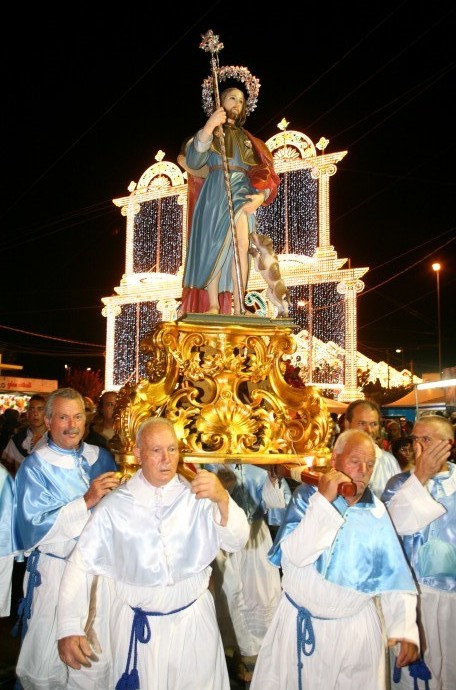 2015-07-11 15:36:25
Solemn celebrations in honor of San Rocco are held in Torrepaduli, small hamlet of Ruffano. In the rich program of the religious and civil manifestations, the most awaited moment is the Night of San Rocco. On the evening of August 15, thousands of people flock in the square of the sanctuary to participate as spectators or dancers on the ‘danza delle spade' o 'pizzica a scherma’: to the sound of tambourines, two men mimic a duel of fencing with their hands, the pace of drums are played by the musicians in a circle, in so-called rounds. According to a legend, the 'sword dance' is performed on the feast of St. Rocco because the Saint, of French origin, who lived in the fourteenth century and healer from the bubonic plague, originally a noble and valiant knight, would teach the art of fencing to his cellmates during his captivity in North Italy. During his return trip to Montpelier, his hometown, he was wrongly accused of being a spy and left to die in prison in the night between 15 and 16 August.
Ruffano 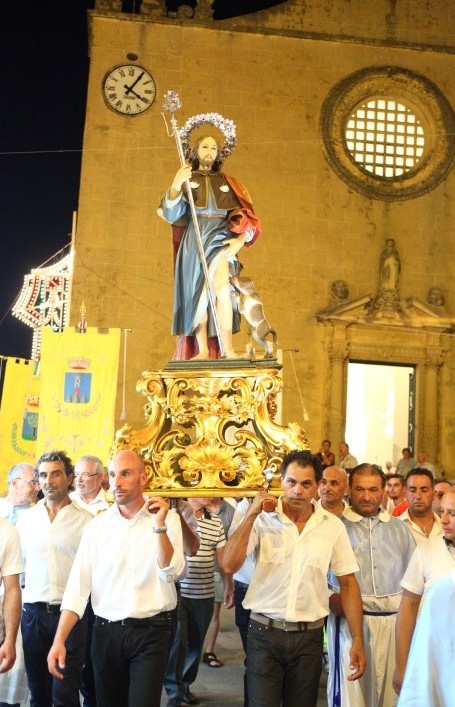 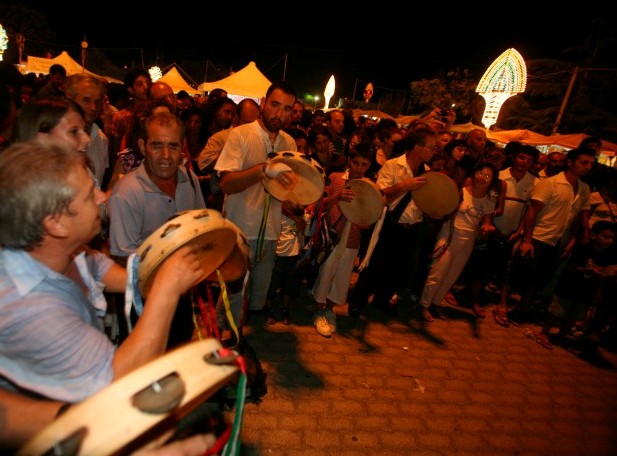 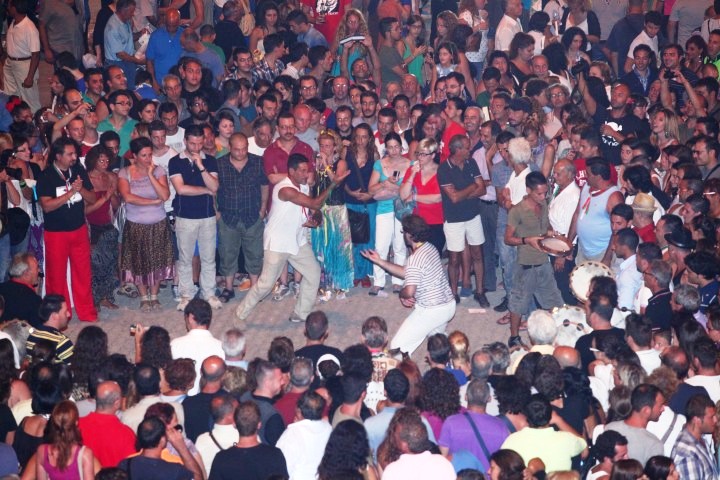