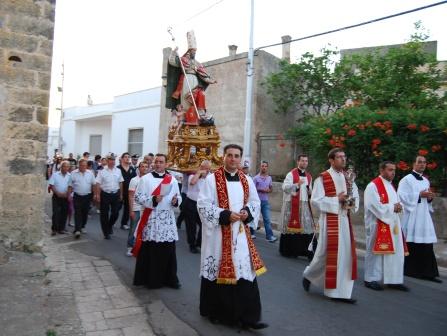 2015-07-08 13:11:09
Tiggiano usually celebrates its patron St Ippazio on the 19th of January. Religious ceremonies are preceded in the eve of the festival by another eagerly awaited event, that is the Sagra della Pestanaca organized by the Pro Loco in Piazza Aldo Moro; the vegetable for its particular shape symbolizes the virility of men and for this the festival is combined with the celebrations in honor of St Ippazio, who is the patron saint of virility. On the morning of the 19th, the traditional 'Fera de Santu Pati' is organized, an agricultural fair with exhibition and sale of equipment, agricultural machinery and livestock. However, the religious celebrations of the festival include the Holy Mass in the morning and early afternoon, from 15:30, the procession that starts from the mother church and goes into the streets. Followed by the Mass presided by the Bishop and in the evening the fireworks show.
Tiggiano 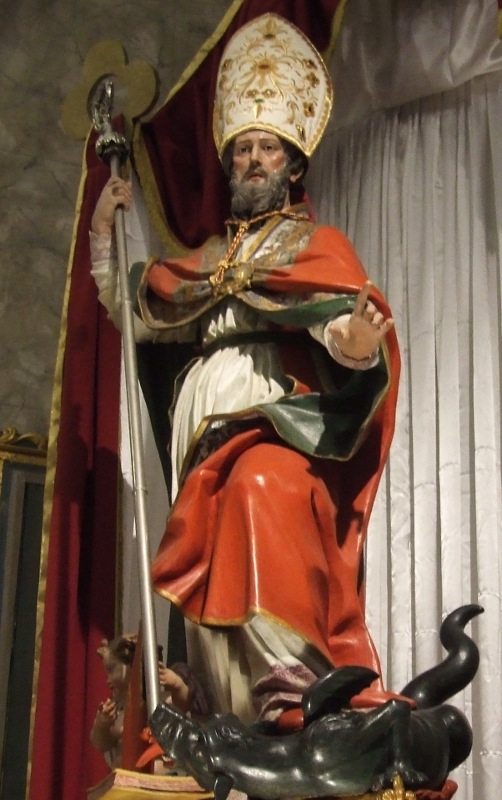