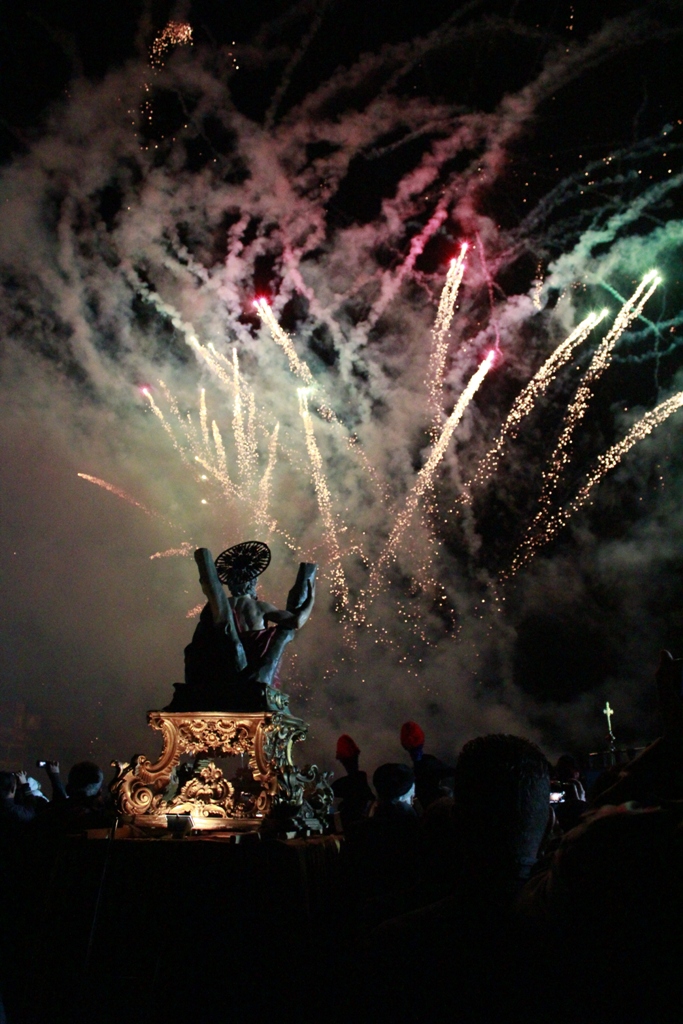 2015-07-08 10:27:10
Between the 29th and 30th of November in Presicce, the Feast and Fair of Saint Andrew is held. The festivities in honor of the patron saint are anticipated by the traditional 'tambureddhu', a novena during which, at night, from 3pm to 6pm, a group of musicians with tambourines, trumpets, guitars and accordions traverse all the streets of the town to announce the start of the event. Moreover, on the eve of the festival, with the wood harvested in the fields, the 'focaredda' is lit up; the purifying fire, in which objects, foodstuffs, animals were thrown, in order to propitiate a mild winter and plenty of crops. The real party begins on the 29th with a Holy Mass and a procession during which the statue of the saint, depicted from the waist up with two mullets in hand, is carried across the streets decorated with lights. The celebrations continue on the next day, including religious and civil celebrations as well as the Fair, and are concluded, at midnight, with the fireworks show.
Presicce 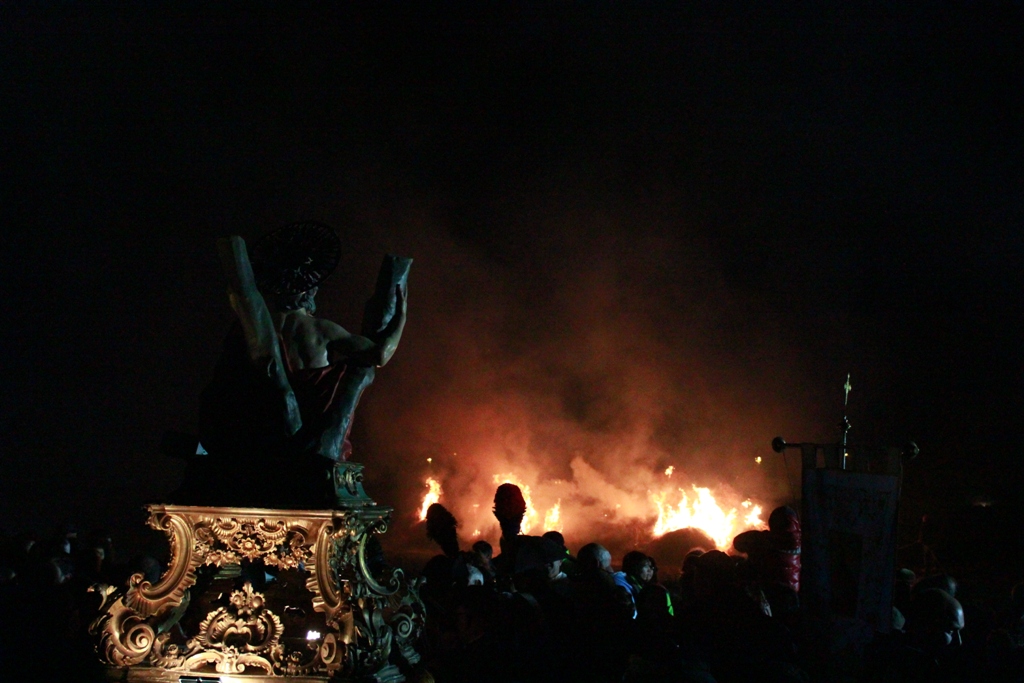 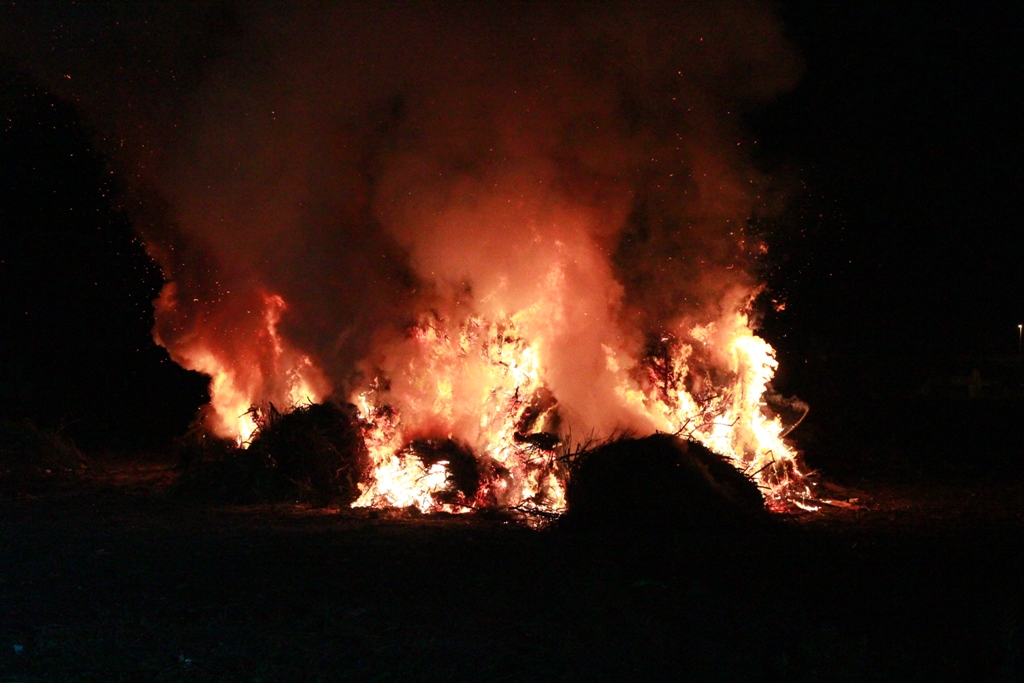 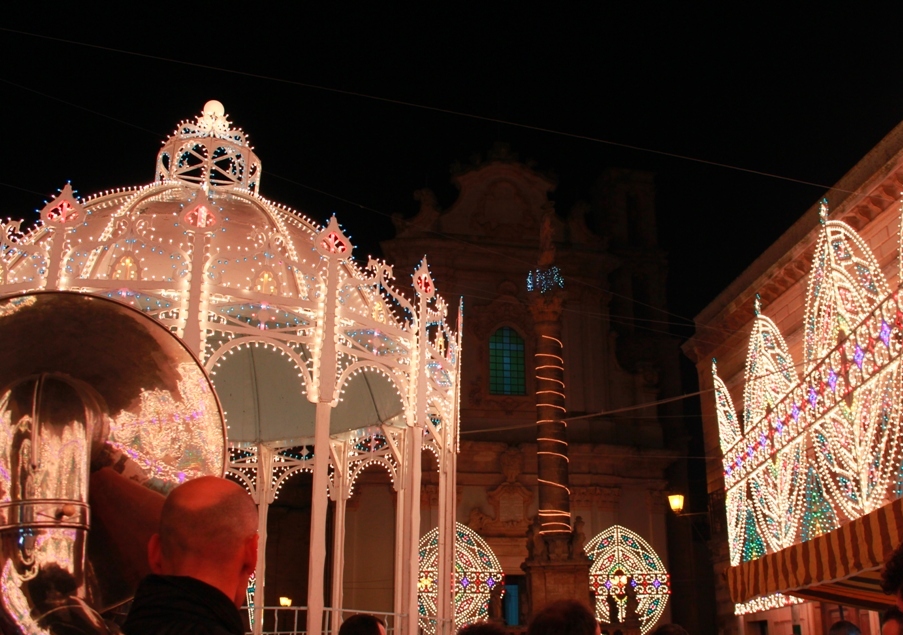